About my third string quartet (An Gerhard Richter)

After the visit of: Gerhard Richter- Panorama 2012 in the new Nationalgalerie Berlin, I started composing my third string quartet, which is specifically inspired by two pictures of the exhibition, on the same day. The two movements, Woods (Dichotomy) and Epiphany, refer to the pictures of the same name from different creative periods of Gerhard Richter.

In the first movement Woods alternates very abrupt chord parts and fast double-stop glissandi with the most delicate harmonics and microtones. Nevertheless, the tonal material remains the same, alternating in different forms and shapes. Just as in the picture, new perspectives constantly open up when you change the viewing angle.

In the second movement Annunciation, I have tried to transfer Gerhard Richter's painting technique from the early seventies to the field of music. Flat-lying surfaces of individual tempered tones are moved gradually by simultaneously slow and fast glissandi movements and gradually move away from a tone center. Microtonal deviations imperceptibly change the structure of the music. By using natural and artificial harmonics, the spectra of individual tones and motifs are highlighted and illuminated. Just like the picture, we see the music in a single state of suspension.

For the technique of diffusion I use a variety of methods in my work:

a) Lying surfaces of individual tempered tones are moved gradually by simultaneously slow and fast glissandi movements (glissando counterpoint) and gradually move away from a tone center (cf.: Gerhard Richter, "On the simultaneity of the non-simultaneous").

c) By using natural and artificial harmonics, the spectra of individual tones and motifs are highlighted and separately illuminated. The associated process of "zooming in" on details makes them appear like vanishing points in front of the score's subtly resting sound surfaces.

Such "traces of sound" and ciphers focus attention in a flash on hidden crystallization points of the score. From individual vague hints (blurriness), the inkling of an underlying essence emerges. "In this respect, an exactly the same one is never repeated, but the supposed identity of a meaning is only generated in deviation from itself and thus in difference to itself. (Quoted from: Jacques Derrida, others in writings, Dreistholtkamp, Uwe: Jacques Derrida)

The composition is dedicated to the unique artist Gerhard Richter. 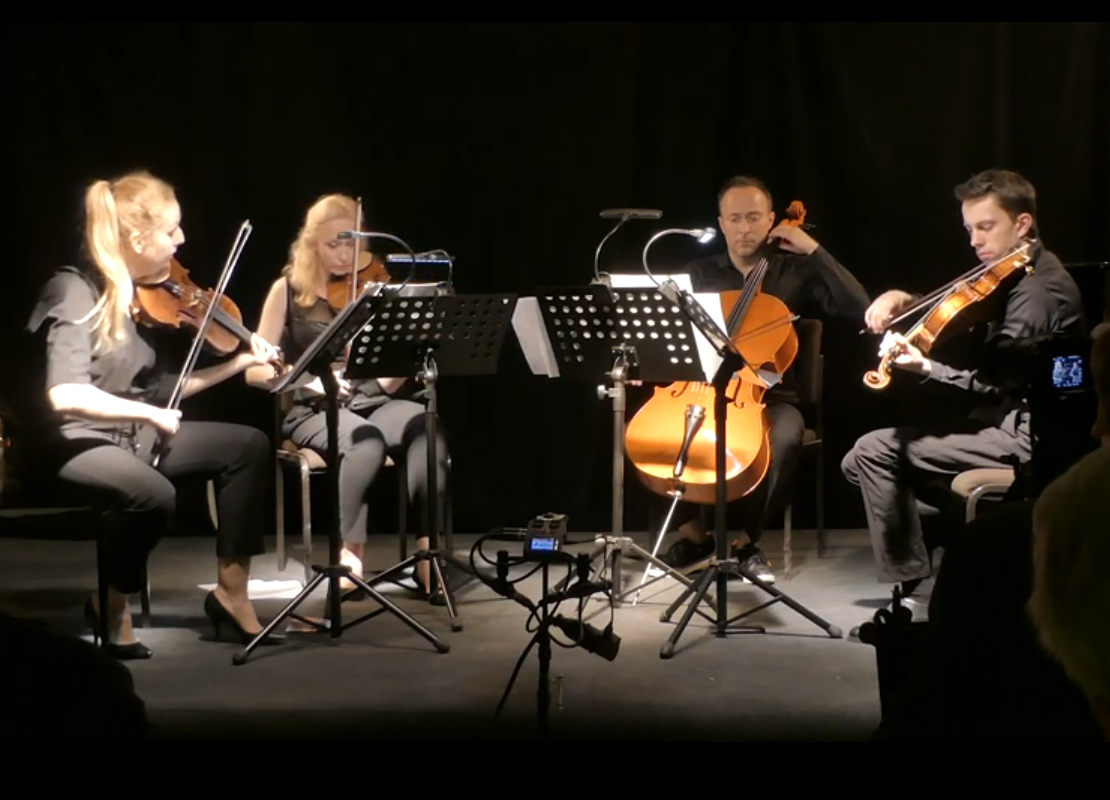 "The Royal String Quartet Warsaw was a sensitive interpreter who devoted their concentrated attention to every note, every noisy element - tinkerers at work, able to model the difficult things out of it. The third string quartet by Andreas Staffel lives above all from the tonal spectrum of the instruments. It tells of the composer's intensive and atmospherically dense exploration of Gerhard Richter's abstract painting.”